I don’t think most people realize the degree to which food production in this country depends on oil.  I did a bit of investigation.  I came across a great website for the Wessel’s Living History Farm in York Nebraska.  It’s worth looking at to get a sense of farm life over time.

In 1900, when all farms used horses or mules to plow the land, a typical farm varied between 100 and 200 acres.  The classic would be the 160 acre homestead farm west of the Mississippi, as defined in the Homestead Act of 1862.  Before machines, it was a pretty tough existence. 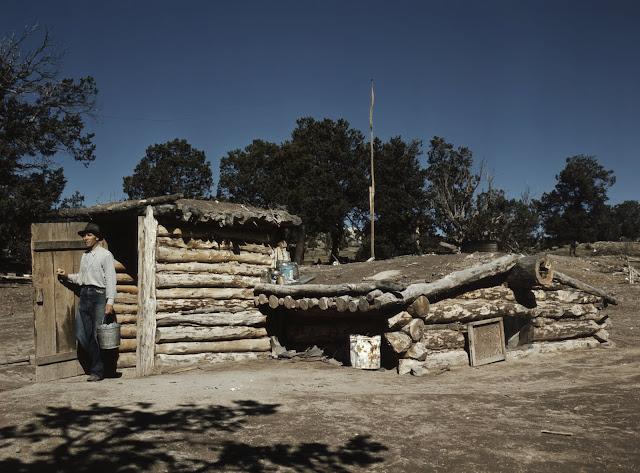 The Wessel Living History Farm has discussions of what farm life looked like before machines and petrochemicals.  In particular on their 1920s farm Machines page, there’s a link that compares plowing with animals and various generations of tractors.  Plowing 40 acres of the 160 farm took about 40 hours.  In a typical farm, 40 acres might be left for pasture for the farm animals and buildings.  One 40 acre plot might be plowed and planted, while the remaining two 40 acre plots were left fallow, allowing the land to rest between crops.

Since the beginning of the 20th Century, tractors and petrochemicals have boosted crops yields to fabulous levels.  A tractor can plow 40 acres in 2.5 hours.  Most of the pasture can be dispensed with and most of the farm can be plowed and planted every year, then drenched with herbicides, pesticides, and fertilizers, all petroleum-derived.  Modern crops have been bred and genetically modified for increased yield, but the chemicals are required to obtain those yields.  Here’s how wheat is planted today in North Dakota– With corn at least, mechanized agriculture has increased per acre yields by a factor of about 10 (Source: http://www.ipm.iastate.edu/ipm/icm/node/2261)–

Notice the flat line, then the dramatic up curve?  Tractors came into their own in the 1940s on American farms.  The issue of oil and agriculture is twofold.  We need the inexpensive oil to make the fuel and chemicals to farm on the industrial scale of U.S. agriculture.  But like most other businesses in this country, farms typically depend on credit every year to finance their crops, then repay the bank when they harvest and sell the crop.

As petroleum gets more expensive and the economy shrinks, credit will freeze again.  Without programs to allocate fuel, resources, and credit to sustain agriculture, American agriculture could suffer massive failures.  That would hurt us and the world, since we’re the world’s largest food producer and exporter for many crops.